At the end of the Autumn 2018 excavation period I had a series of conversations with Barry Kemp regarding 3D work of the Great Aten Temple, in particular the entrance colonnade. As part of the discussions we decided to do a little test on remote photogrammetry with Barry and Miriam Bertram taking a series of photographs around the site once the workmen had finished the construction of the colonnade covering (more about that in another post).

They accomplished the capture of the site in 1200 photographs which were forwarded on to myself for photogrammetric processing and the preliminary results are shown on this page.

The Great Aten Temple – Autumn 2017, Spring and Autumn 2018 – Preliminary Report by Barry Kemp and Miriam Bertram can be found on the Amarna Project website here. Please note that this does not include anything regarding the photogrammetry experiment which will go online on the Amarna3D site in the near future. 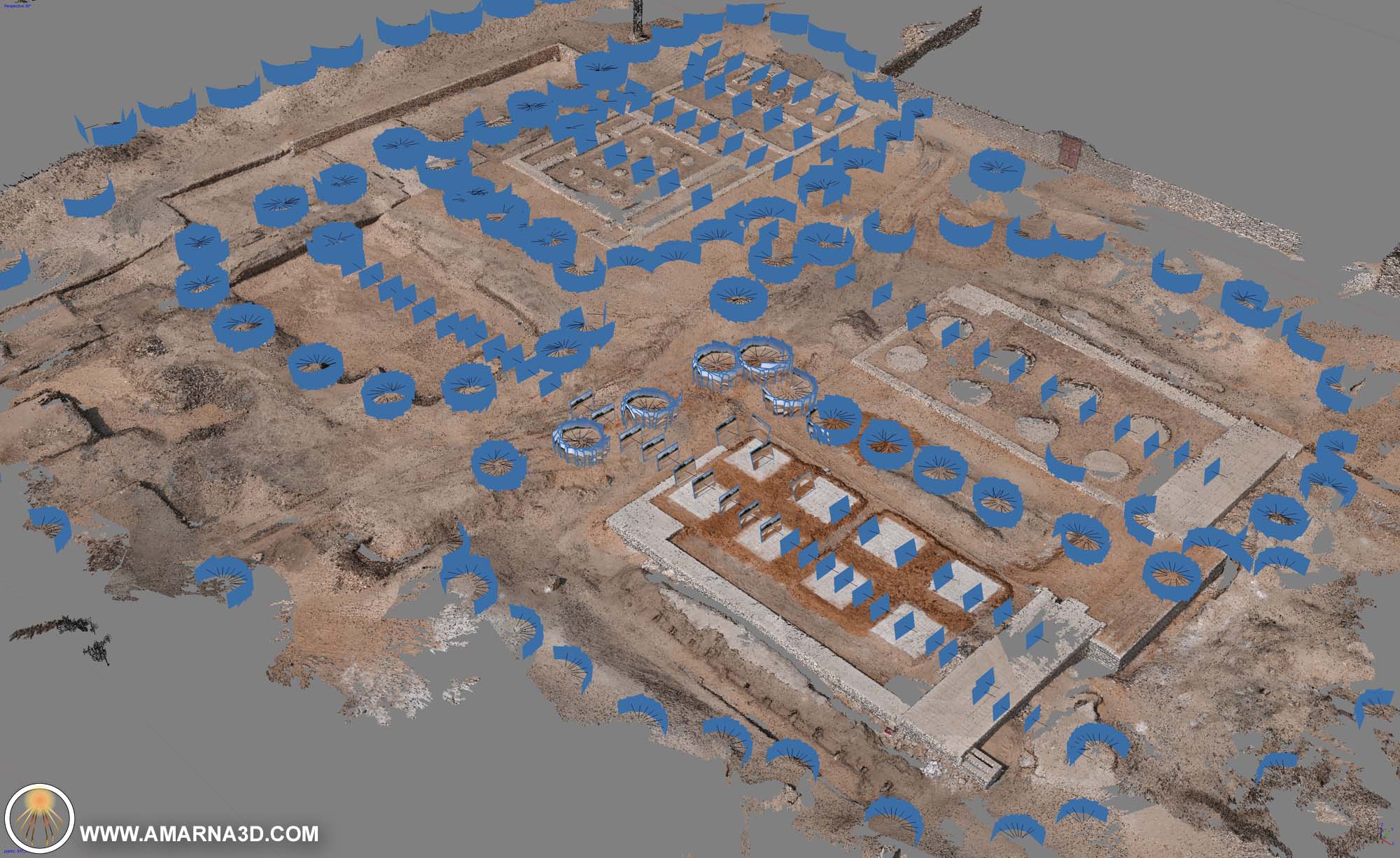 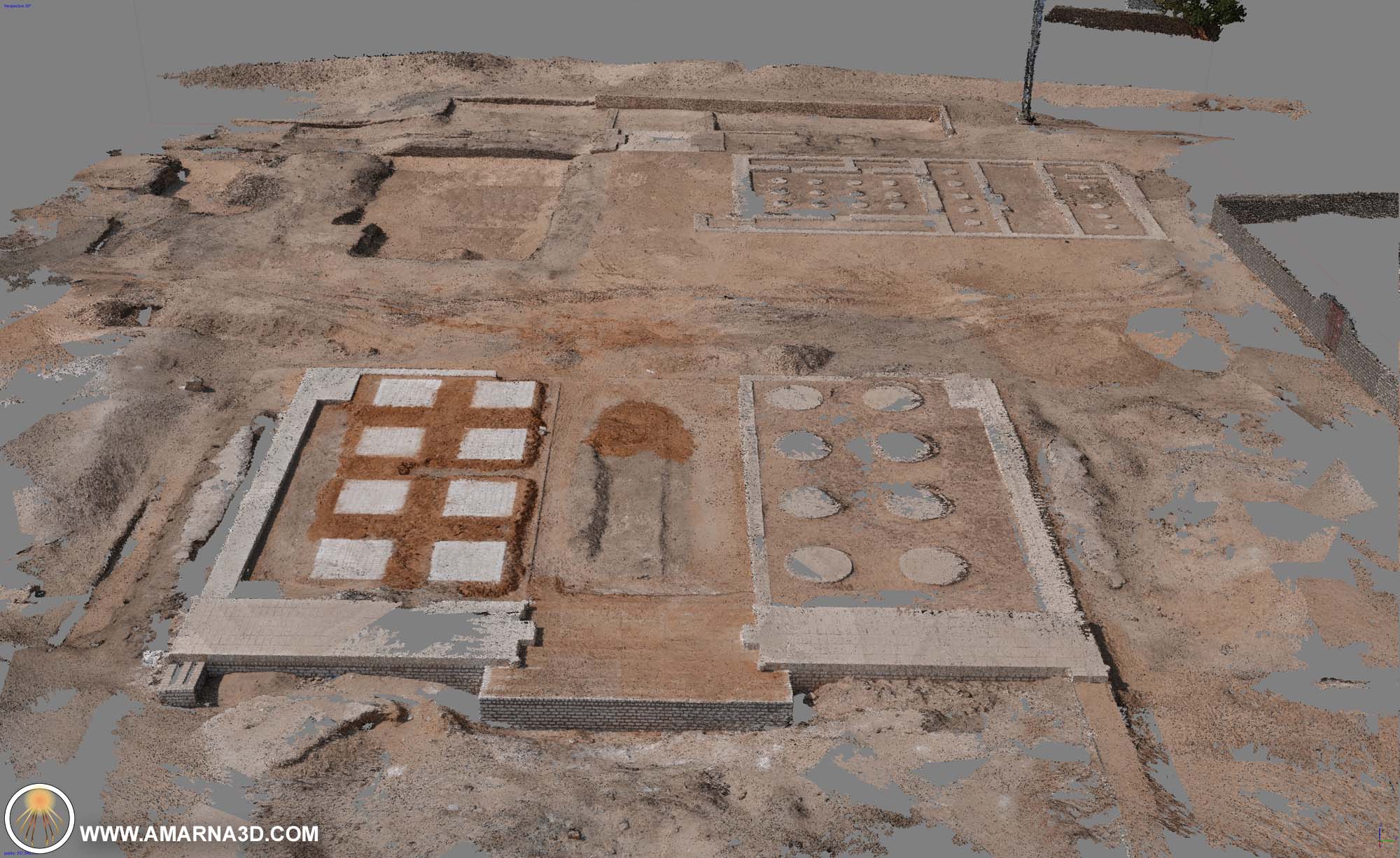 View from east to west down the axis of the temple 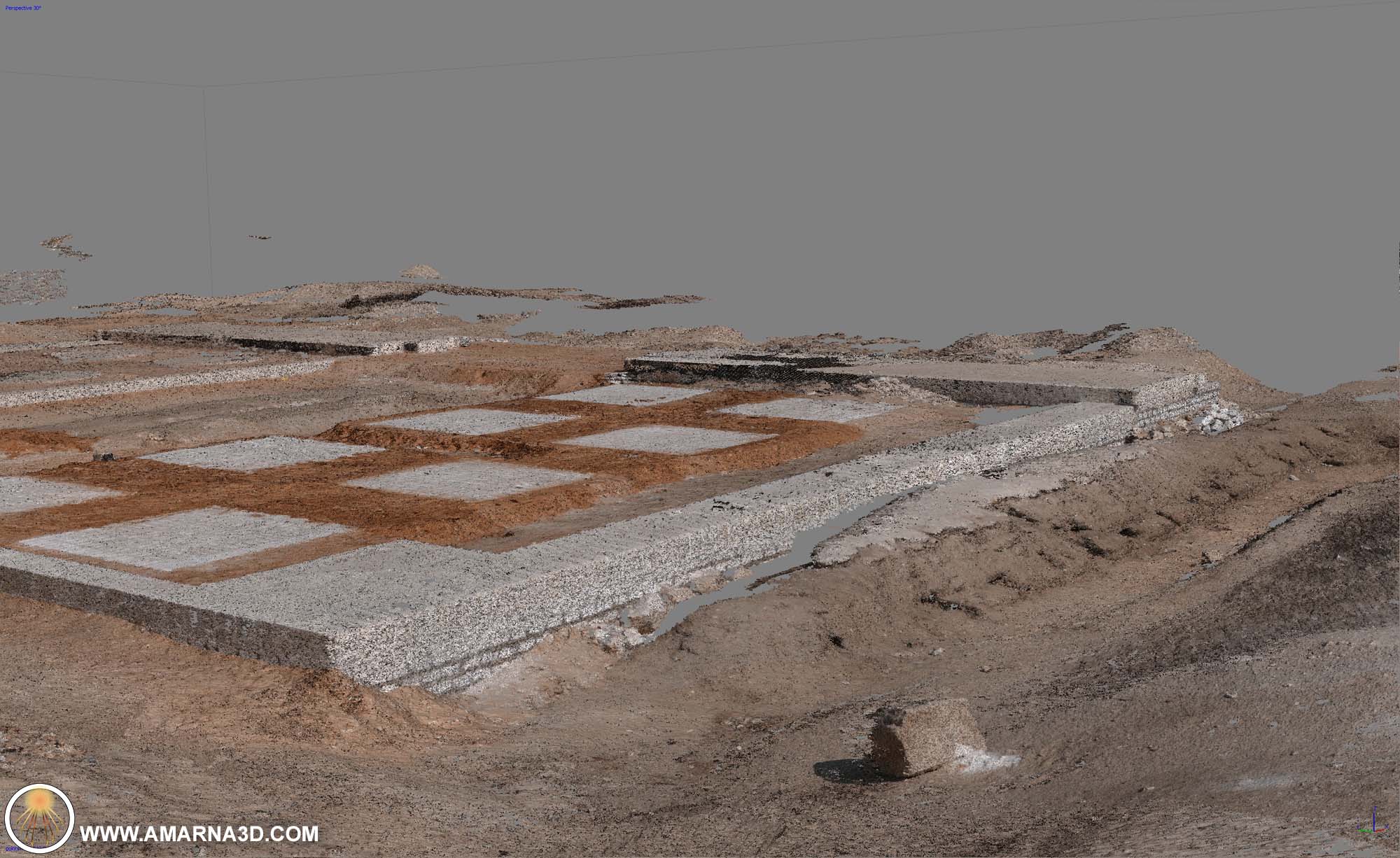 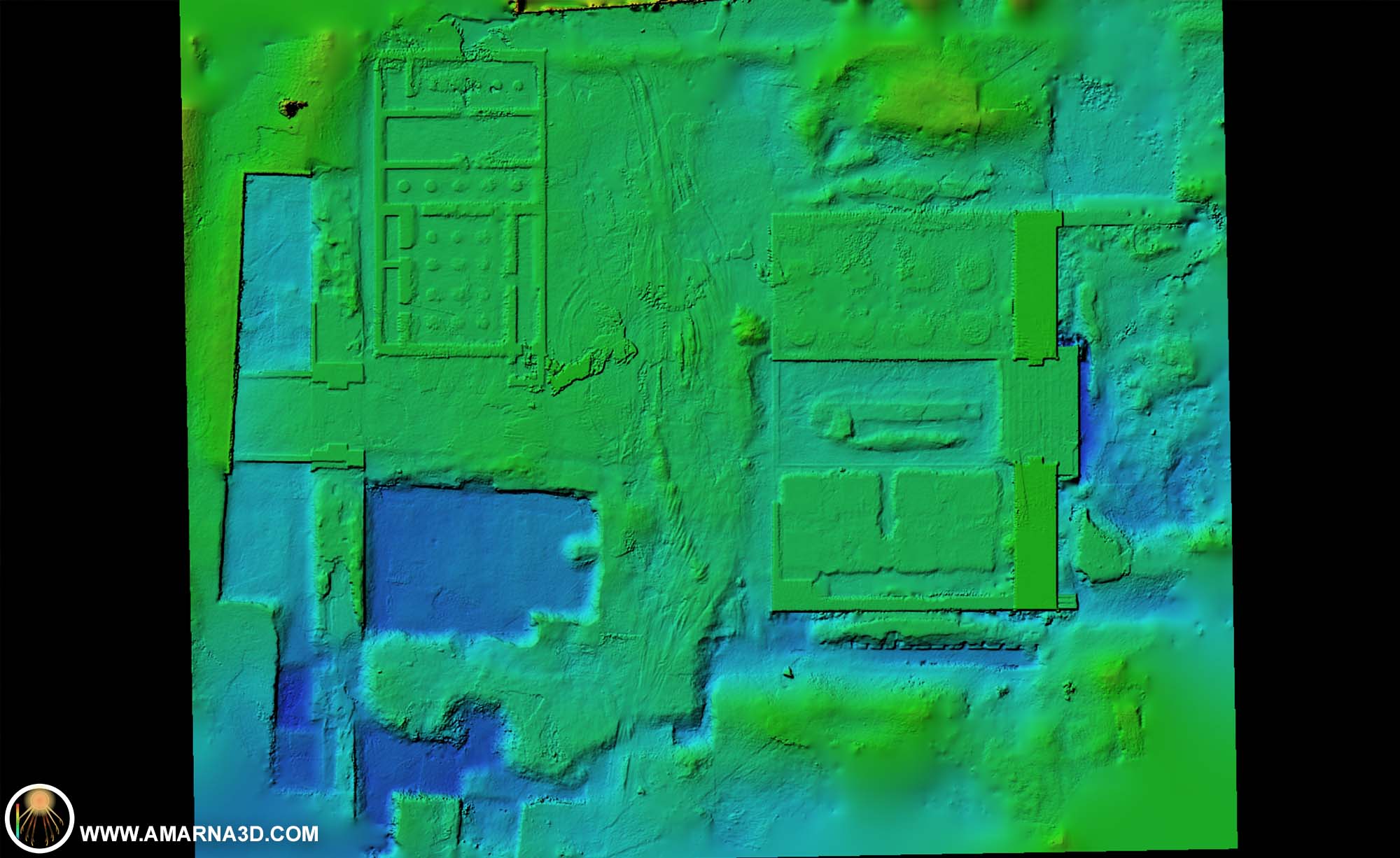 A very quick DEM image of the site